Home > Blog > Andrews Air Conditioning > Infographic: the impact of temperatures on athletes at the 2016 Games in Rio

Infographic: the impact of temperatures on athletes at the 2016 Games in Rio

The “greatest show on Earth” is starting to hot up in Brazil, with millions of people around the globe now casting their attention towards the track and field events. A lot has been made in the media about the adequacy of various venues ahead of the competition, but most people are also guilty of overlooking the potential impact the country’s notorious climate may have on proceedings.

Although you would be correct to assume that hot weather will cause long-distance runners to complete races more slowly, many will be surprised to discover the extent to which this is true. Did you know that every 5°F rise in temperatures above 60°F can lead to the average marathon runner losing speed by as much as 30 seconds per mile?

Every type of race has its own exclusive optimal temperature which will vary according to distance and location.

To highlight the effect climatic factors can have on an athlete’s performance, we at Andrews Air Conditioning have produced an infographic (see below) which highlights the perfect conditions for each individual event. Using the mean qualifying times of a broad array of competitors, we have been able to analyse the ideal temperature for sprinters, middle-distance and long-distance runners. 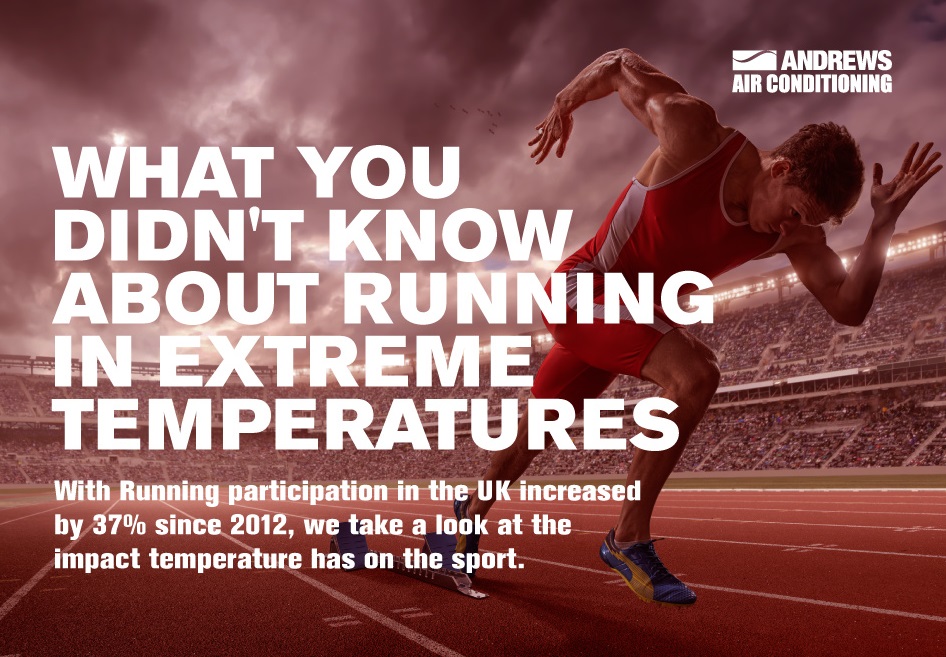 Unsurprisingly, there is a conclusive link between “peak conditions” being cooler the further you run. The above graphic summarises that there is roughly a 15°C difference between that of the 100m sprint and a full 26.2 mile marathon.

The material therefore adds a different dynamic to those attempting to predict the outcome of a particular contest – not to mention for those actually taking part! Day-time temperatures in Rio are expected to range between 24°C and 31°C over the coming week, with our research suggesting that his will be more conducive to a sprint race.

In theory, then, the likes of Usain Bolt and Justin Gatlin should be well-equipped to set a sizzling pace when they step foot on the track, although it remains to be seen whether that will be the case!