A prominent bus company in the West Country was suffering an ongoing issue with their Variable Refrigerant Volume (VRV) air conditioning system, leading to complaints from employees working at the depot. Staff based in offices on site were getting too hot during the summer as the ageing equipment could no longer effectively combat seasonal heat.

This project essentially involved the replacement of faulty units with modern alternatives – and Mitsubishi Electric was earmarked as our client’s preferred manufacturer.

The building itself is approximately 20 metres high in order to accommodate buses constantly entering and exiting, and this meant that extra care had to be taken when removing the old condenser units from the roof. 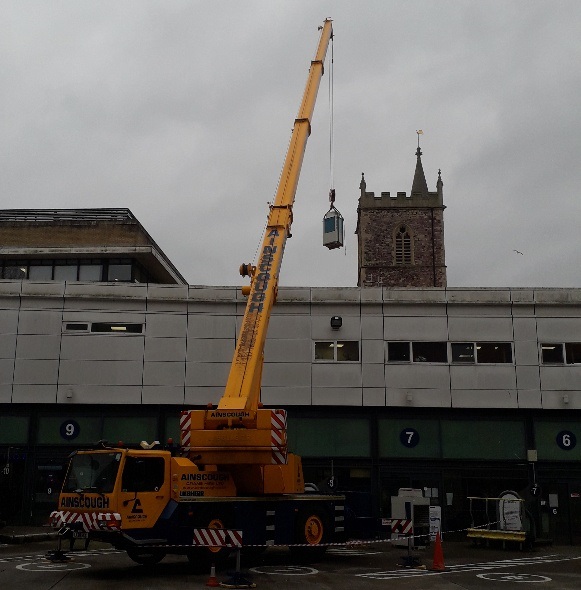 To simplify this process, we chose to use an Ainscough crane to lift the new units into position while simultaneously lowering the older, defunct models. The upgrade was carried out while the depot itself was still fully operational, with our engineers careful to ensure there was no disruption to what is a vital, regional transport service.

Since installation, the new air conditioning systems have performed precisely as required by instantly counteracting warmer weather. What’s more, the newer units boast dual functionality and will also provide heating during the winter – unlike those originally in place.