It’s not every day that your help is enlisted by a manufacturing company dedicated to assisting the UK’s defence and security forces, but there’s a reason they turned to us!

Our client was in the process of assembling a new server room cabin from scratch in their workshop, and they were looking for a permanent air conditioning solution to be incorporated while the build was ongoing.

They had specified that an overall cooling capacity of 20kW would be adequate but that redundancy measures should be incorporated in case a unit failed unexpectedly.

At this juncture, an Andrews expert proposed two solutions: one comprising of four 10kW wall-mounted units and the other of three 14kW under ceiling units. After weighing up the advantages of both options, they indicated a preference towards the latter – which is what we provided! 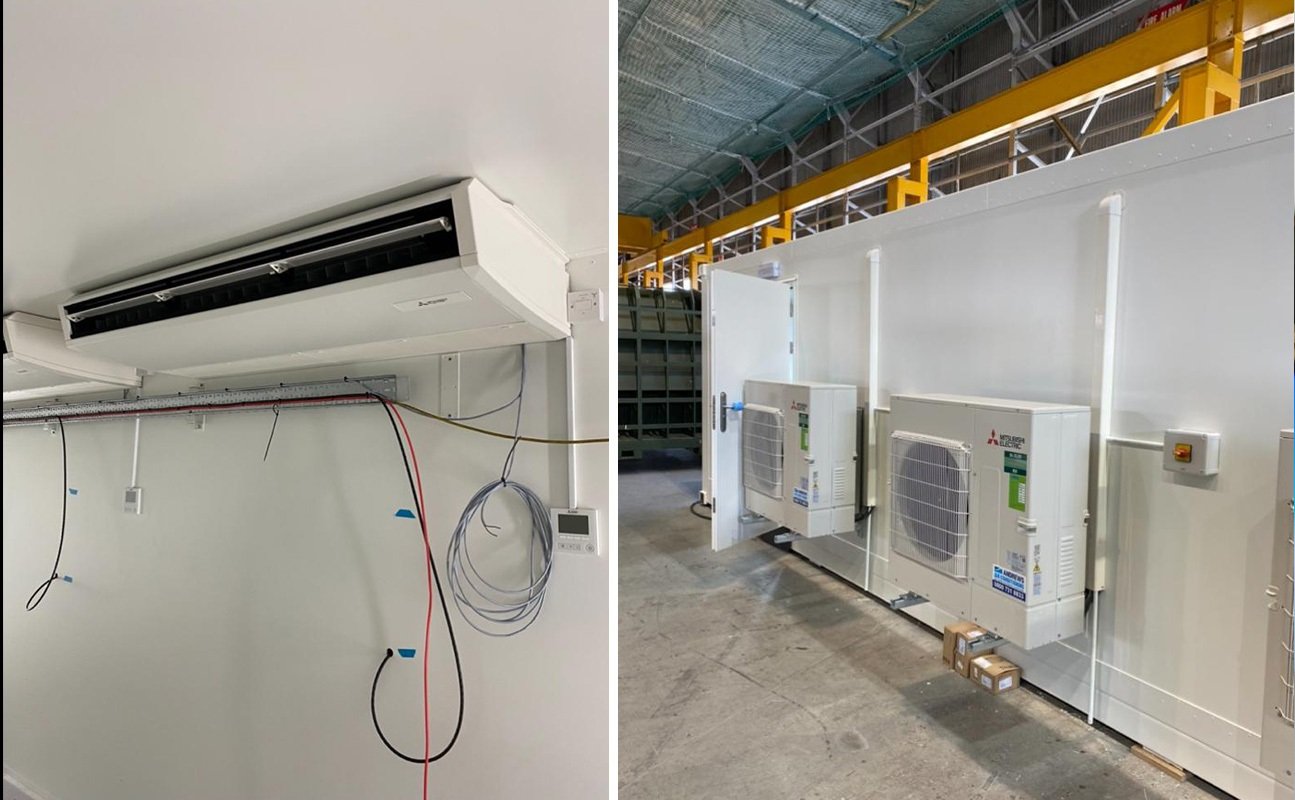 Given that the server room was formed from scratch, we were able to provide accurate fixing points for both indoor and outdoor units which allowed the customer to fit strengthening plates with threaded captive sockets for later use.

While the nature of the installation was slightly unusual in the sense that it was conducted alongside a completely separate and ongoing project, the customer was quite forthcoming in deeming it a success!

We later learnt that they did not seek alternative quotations from other companies, such was the faith they had in Andrews – and this proved to be well-founded!